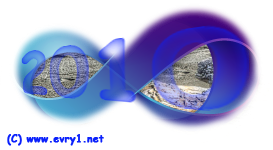 ♥ In the name of Allah ♥Visual Basic Online Course - Knowledge Base Introduction Intro Microsoft Visual Basic 2010, What is it? Microsoft published Visual Basic .Net 2010 In April 2010. Microsoft had planned earlier to use the Dynamic Language Run-time (DLR) for that version (2010), but shifted to a another mixed plan that includes both Visual Basic and sister language C# to bring both languages into closer parity with one another.
Visual Basic's innate ability to interact dynamically with Common Language Run-time CLR and COM objects has been improved to work with dynamic languages built on the DLR such as Iron-Python and Iron-Ruby. Visual Basic compiler was enhanced to infer line continuation in a set of common contexts, in many cases removing the need for the under score "_" line continuation symbol.
We offer free online courses for Visual Basic .Net and Visual Basic 6.0 Programming Languages and solutions for both beginners and professionals. If you have any questions p…
Continue Reading >>